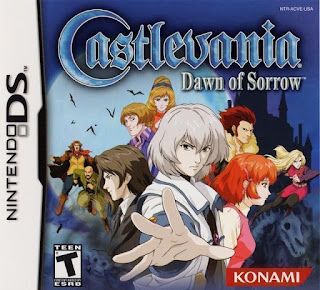 Castlevania Dawn of Sorrow NDS apk android for DraStic free download working on mobile and pc,Nintendo DS EmulatorSet just a year after the end of Aria of Sorrow, Castlevania: Dawn of Sorrow follows the events set in motion by a cult that has decided to resurrect the fallen Dracula. Soma Cruz returns to find himself in the middle of the cult’s plans, and now he must infiltrate enemy territory and stop the evil of Dracula’s resurrection from happening. The action spends all of its time on the lower screen, with the upper DS screen utilized for the map as well as character information data as players fight through the castles. Players can freely switch between Map and Data via the “Select” button. The system’s wireless function enables players to trade soul abilities between systems. The touch screen comes into play with a new ability where players can “shatter” weak bricks with their finger or stylus or draw magical symbols to defeat enemy creatures.Defeat foes with the Magic Seal system using the touch screen; exchange souls with other players via the ds wireless connection; incredible musical score, next-gen graphics & stunning special effects; from the creative team behind castlevania aria of sorrow. 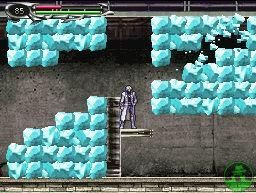 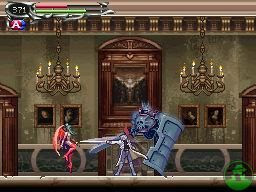