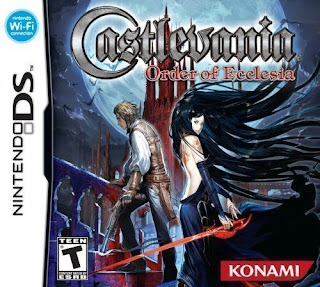 Castlevania Order of Ecclesia NDS apk android for DraStic free download working on mobile and pc,Nintendo DS EmulatorIn Castlevania: Order of Ecclesia, players take on the role of heroine Shanoa, member of the Ecclesia, an organization that has sworn to defeat the evil forces of Dracula. Players must learn to absorb and apply the all-new Glyph attack system to defeat Dracula and his horde of demons. While battling Dracula and his minions, players can unleash more than 100 different special attack combinations in more than 20 different exterior environments, ranging from forests to the ocean.

Utilizing the Nintendo Wi-Fi Connection on Nintendo DS, players can choose to compete head-to-head, or trade items and equipment they have accumulated while exploring the environments. Castlevania: Order of Ecclesia also packs replay value in one package, giving players the chance to unlock multiple endings as well as continuously discover a variety of items and experiment with new moves during combat.
Castlevania: The Order of Ecclesia features intense side-scrolling action gameplay as you quest to collect elements that will help you in your quest against Dracula
Explore all-new outdoor areas from the forests to the ocean
Compete head-to-head via the Nintendo DS Wi-Fi Connection
Sell and buy items and equipment you have found while playing with other players utilizing Nintendo DS Wi-Fi Connection
Utilize multiple abilities and attacks simultaneously with the all-new Glyph attack system
Replay more than once to discover multiple endings 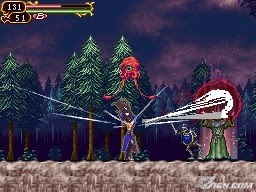 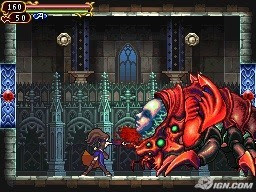 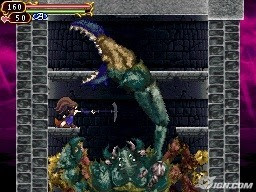