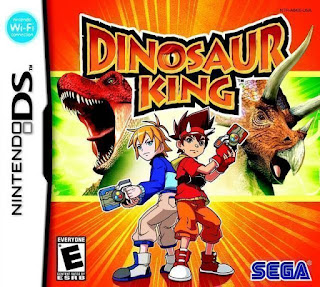 Dinosaur King NDS apk android for DraStic free download working on mobile and pc,Nintendo DS EmulatorThe spinoff of Sega’s popular Mushi King games, Dinosaur King is a kids oriented title that has you battling your favorite dinosaurs. As Max or Rex, otherwise known as the D-Team, players will collect over 100 dinosaurs, each with its own special moves totaling over 240 in all. Traveling to five different territories around the globe, players will dig for fossils that are indigenous to that region. Once the player has collected their dinosaurs, exciting battles can begin with the evil Dr. Z, a greedy scientist bent on destruction and world dominationOver 100 dinosaurs to collect. As players travel the globe finding dinosaurs they can keep track of those they’ve collected in a Dinosaur Encyclopedia which also gives scientific data and genealogy facts on the dinosaurs as well…
Special attacks to master. The more battles that are won, the move powerful the dinosaurs become. Players can master over 240 special moves and tricks overall
Head-to-head 3D arena battles. Experience exciting dinosaur combat as they square off with opponents in rich 3D environments
Exciting dinosaur digs. Players unearth fossils like real paleontologists with the stylus and bring the authentic dinosaurs from all over the world to life
Five exotic areas to explore. Excavating in North America, Asia, Europe, Antarctica, and Africa, players will unearth the actual dinosaurs of those regions in hours and hours of gameplay
Exciting multiplayer fighting action. Players will enter into fast-paced dinosaur battles and trade rare items as well as dinosaurs with friends via Wi-Fi 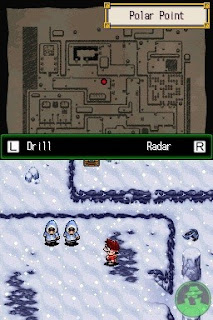 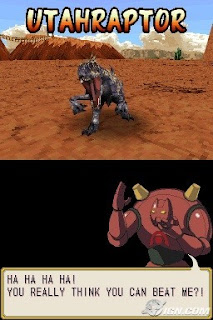 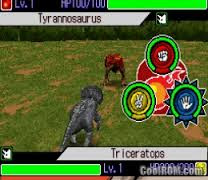