Donkey Kong Country Returns wii is a side-scrolling platformer video game developed by Retro Studios and published by Nintendo for the Wii console. The game was released first in North America in November 2010, and in PAL regions and Japan the following month. A Nintendo 3DS port of the game by Monster Games, titled Donkey Kong Country Returns 3D, was released in North America and the PAL region in May 2013, and in Japan the following month.

The game’s story focuses on an evil group of Tiki-like creatures known as the Tiki Tak Tribe that are unleashed on Donkey Kong Island and hypnotize the island’s animals to steal Donkey Kong’s bananas. This forces him to retrieve the hoard with the help of his friend Diddy Kong. Donkey Kong Country Returns was the first traditional home console Donkey Kong game since the release of Donkey Kong 64 in 1999, and also the first Donkey Kong Country game not to involve the original trilogy’s developer Rare. The game was a critical and commercial success; it has sold over 6.53 million copies worldwide, making it one of the best-selling games on the Wii and received critical acclaim for its graphics, level design, and gameplay, although its motion controls received criticism. A sequel, Donkey Kong Country: Tropical Freeze, was released for the Wii U in February 2014 and ported for the Nintendo Switch in May 2018. 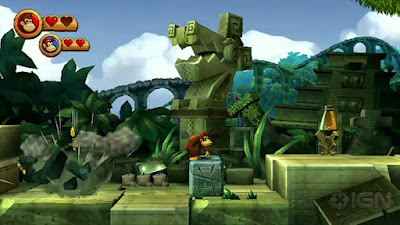 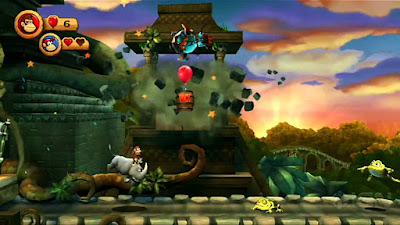