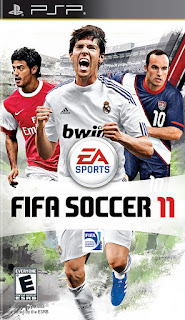 FIFA Soccer 11 apk android for ppsspp cheats rom cso free download working on mobile and pc,Play on until the final whistle with the 2011 edition of EA’s officially-licensed FIFA game series. FIFA Soccer 11 delivers a true soccer experience with authentic club and leagues licenses and gameplay refinements and innovations that combine to create the complete soccer simulation. The ’11 version of FIFA for PSP boasts an all-new Career Mode that lets you lead your club through 15 seasons of play as a player, player/manager or manager. The challenge is also greater than ever thanks to improved AI — the opponents will be faster and more aware of the ball, but so will your own players, so be on the lookout for crafty players thinking two steps ahead of you and make sure to take advantage of your team’s strategic positioning.All-new Career Mode on PSP: Choose to begin your campaign as a player, player/manager or manager as you lead your club through 15 seasons of club soccer. Plus, players compete for global supremacy in international competition every 4 years. Your success as a player or manager is ranked through the new FAME system. The better your performance the more FAME you receive and more prestigious offers will become available on your journey to become a soccer legend.
Be The Goalkeeper on PSP: Take control of the goalkeeper and command the game from the most important position on the pitch. Dive for shots, cut-off crosses and through balls into the box and prove yourself as your team’s number one.
PSP Enhanced AI Support: Supporting runs have been improved to enable AI teammates to make more intelligent moves to open space with a greater sense of urgency, opening up more scoring opportunities and the ability to evade defenders. Plus, support players will position themselves to receive one-touch passes, creating additional options distributing the ball.
Intelligent Soccer on PSP: Players are much more intelligent on attack and quick to counter attack, moving into scoring areas to create more opportunities on the ground and through the air.
Soccer IQ on PSP: Think you know your soccer? Test your knowledge of real world soccer with our trivia mini-game.
PSP Challenge Mode: Compete in various scenarios based Challenges to earn points that can be used to purchase items for your Pro and team in the virtual Fan Shop.
PSP Complete Authenticity: Over 30 officially licensed leagues, 500 licensed teams and more than 15,000 players. 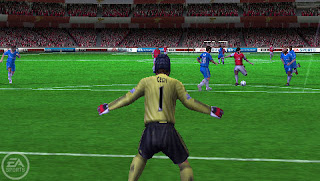 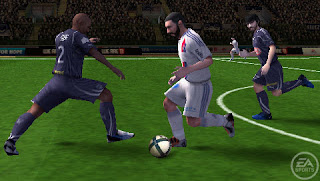 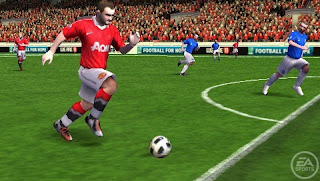