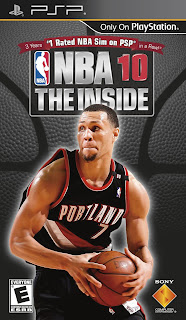 NBA 10 The Inside apk android for ppsspp cheats rom cso free download working on mobile and pc,NBA action is back once again for hoops on-the-go with NBA 10: The Inside for the PSP. Combining a blend of arcade and simulation basketball along with a host of unique mini-games, NBA 10 The Inside delivers an engaging NBA experience with quick action and fluid gameplay.

Newly added in the 2010 edition is the expanded Conquest Mode, with three original features where players will take on the entire country and battle in the classic acquisition style of Conquest while playing Dodgeball, Give & Go, or MiniQuest which allows players to choose from 1 of 4 mini-games. In addition, two new mini-games have been brought into the mix. NBA 10 The Inside also brings back all of the popular mini-games from years past. Refined gameplay mechanics and Artificial Intelligence (A.I.) also help to create a more realistic and action-oriented experience. And, with expanded play-by-play and audio commentary from Kenny Smith and Ian Eagle, NBA 10 The Inside delivers an unrivaled experience for basketball fans and gamers alike
DodgeQuest — Players will battle teams head-to-head in an attempt to take over the entire country while playing the Dodgeball mini-game. In-game power ups and player upgrades have also been added to the traditional Dodgeball mode for depth.
Give&GoQuest — Players will face off on the Give & Go mini-game as they battle other cities and acquire players in an attempt to take over the entire country.
MiniQuest — New Conquest mode lets players take over the entire country and choose from either Dodgeball, Conquest, Elimination, or Give & Go each time two cities battle one another.
New Open Lanes Mini-Game — A traditional 10 frame bowling mini-game with an NBA look and feel.
New Cherry Pickin’ Mini-Game — A puzzle based mini-game where players shoot colored orbs that stick to the game board, which is made of additional colored orbs. The goal is to line up at least three orbs of the same color to remove them from the board. The overall objective is to clear out all orbs on the game board to proceed to the next level.
Classic Mini-Games — Shootin’ Bricks, Block A Shot, Big Shooter, Pinball and more classic mini-games return in NBA 10: The Inside.
Expanded Play-by-Play and Color Commentary
Ian Eagle returns to provide new play-by-play and in-depth analysis, along with fresh color commentary from former NBA star Kenny Smith.
Realistic Animations — Running at 60 FPS, NBA 10: The Inside incorporates tandem animation technologies to produce ultra realistic player interactions. Additionally, motion capture data delivers smooth gameplay and lifelike player movements.
Wireless Multiplayer Gameplay — Compete head-to-head against friends and basketball fans with Ad Hoc connectivity of up to two PSP systems.

NBA 10 The Inside PSP ISO 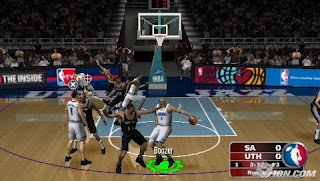 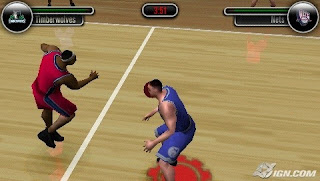