Known as Dragon Ball Z Sparking! in Japan and developed by the Fire Pro team at Spike, Tenkaichi aims to take everything that made the first three Budokai titles so popular and improve on them in every way. Rather than focus on a particular saga as the previous games did, Tenkaichi retells almost the entire DBZ story from scratch. Beginning with the arrival of Raditz in the Saiyan Saga and ending with the Goku’s last journey in the Kid Buu episodes, Budokai should now hit every major plot point in the series’ history. The game features a lineup of more than 60 other combatants — the most ever in any Dragon Ball Z game — including the entire Ginyu Force (including Guldo), all the Androids, all the Saiyans, every bad guy, and plenty of other surprises (giant monkey) will join up returning favorites like Goku, Gohan, Piccolo, Trunks, Frieza, and Ginyu so that you can recreate all your favorite battles.Over 60 characters; classic attacks from the anime; win and use Z Items to power up characters; four different battle modes. 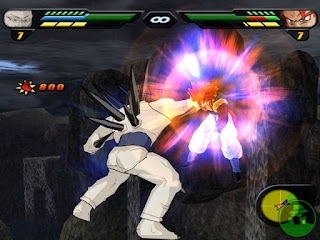 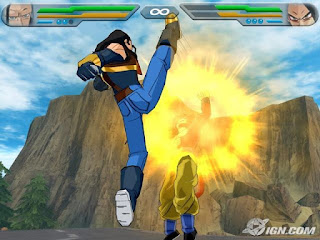