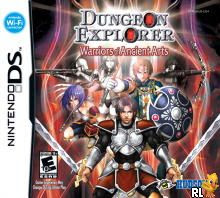 Dungeon Explorer Warrior of the Ancient Arts NDS apk android for DraStic free download working on mobile and pc,Nintendo DS EmulatorHudson’s classic dungeon crawler series returns for the new generation with this completely revamped and re-envisioned action-RPG, expanding on the multiplayer elements that made the game so popular.

Embark on a journey to rediscover and learn the lost Ancient Fighting Arts of Westoria Kingdom. A land plagued by a legion of undead and monstrous soldiers, commanded by one Demon god, hell bent on bringing Westoria Kingdom to its final days. Legend foretells of one hero who will rise, wield the powers of the lost Fighting Arts to destroy the bringer of death, restoring peace to a once beautiful and great kingdom.Choose your Fighting Style – Discover over 60 different fighting arts across 8 lost Ancient Fighting Art schools. Become a balanced warrior and study techniques from all 8 schools or become an Art Master and dedicate your focus to one of the lost Fighting Arts.
Epic Battles – Wage battle against a legion of different classes of monstrous creatures, including the Demon god’s undead soldiers, mutated monsters, and even an army of ancient automatons, each with their own attributes. Strategy in battle is the key to survival.
Choose your Hero – 3 Races and 3 classes to choose from. Choose from Hunter Class, Fighter Class, or Mage Class. Each with their own unique strengths and weaknesses. Choose your warrior wisely.
Epic Journey – Uncover the conspiracy to release the Demon god from his sealed prison through 10 hours of gameplay.
Choose your Weapon – Choose from over 200 different types of weapons, armor, and equipment and upgrade them as you progress through your adventure.
Epic Multiplayer Adventure – Battle the Demon god’s minions alone or join forces with up to 4 friends via Nintendo Wireless Connection. 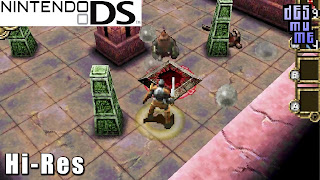 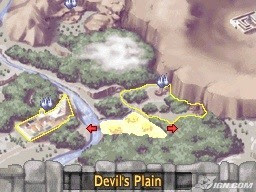