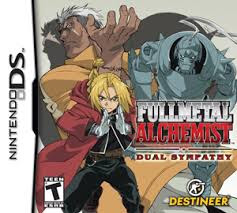 Fullmetal Alchemist Dual Sympathy NDS apk android for DraStic free download working on mobile and pc,Nintendo DS EmulatorBased on the anime series, Dual Sympathy is a side-scrolling action/adventure game that follows the Elric brothers on a quest to defeat the evil Homunculi and acquire the fabled Philosopher’s Stone. Whether repelling defenders, removing obstacles or engaged in battle, all six characters have unique and devastating alchemy attacks, which range in scope from bolts of fire and stone spikes, to monstrous cannons and gigantic fists. Players can also transform their initial alchemy creation into a mega-weapon of tremendous proportions and impact.

Covering the entire Fullmetal Alchemist storyline, Fullmetal Alchemist: Dual Sympathy has two modes of play: Story Mode, which follows the saga of the Elric brothers and includes cinematics and battle sequences from the TV series; and Character Mode which allows players to assume the role of one of the six characters.Ability to play as one of six characters: Edward or Alphonse Elric, Roy Mustang, Alex Louis Armstrong, Izumi or Scar; as well as acquire the special moves of the other characters
Voice-over from the stars of the Cartoon Network series
A host of unlockable content, including talking character alarm clocks, character galleries, video and sound libraries, and more
More than 10 touch screen mini-games, including “Whack-A-Homunculus” and “Fullmetal vs. Flame” all add exciting new challenges between battles 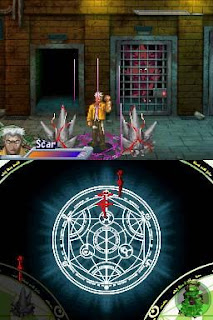 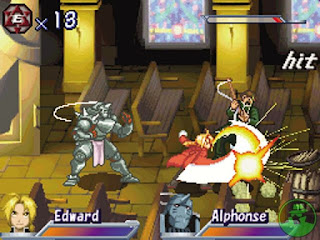 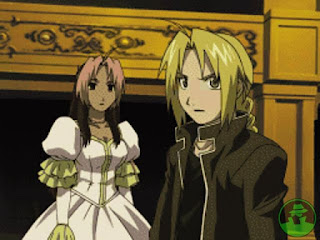