Free Download The House of the Dead 1 full pc game setup also crack exe file here mediafire google drive mega links full speed zip rar direct download link The House of the Dead takes first-person rail shooters to a new level of horror. Players move along a pre-determined path (that can branch multiple ways) blasting zombies and other undead nasties as they attempt to make their way through a mansion filled with the undead to rescue the hero’s girlfriend Sophie from the clutches of the evil maniac Curien. With the PC mode, The House Of The Dead lets you customize your experience by choosing from a list of characters, each with special attributes, to work through the mansion.

1) Extract the “The House of the Dead I” folder from the THOTD.rar file
2) Install the “_inmm238.exe” program on your PC…It doesn’t matter where, but it is important to have it installed on your PC.
3) Most important part now! Open the “_inmm.ini” file (in your game folder) with a notepad and edit the path to where your MP3 tracks are (and where your copied folder is), for EACH of the 11 track files. For example, my path to the first two files is:

and if your game is installed in the regular “Program Files” folder on the C: partition you will have to change the lines in “_inmm.ini” file like this:

Don’t forget to change the path for all of the 11 mp3 files and then save the “_inmm.ini” file!!! If you don’t do that, the game won’t recognize the rest of the mp3 music files and you will play the game in silence.

4) Start the game from “thot3d.bat” file, NOT the “thotd.exe”, to fix the rainbow colors problem that this old game has with modern computers.
5) Enjoy blasting zombies as Rogan and G! 🙂 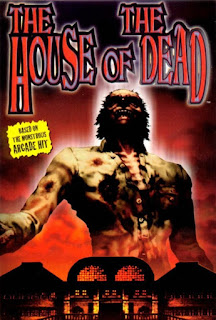 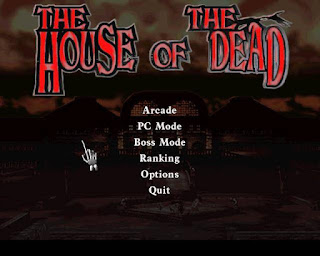 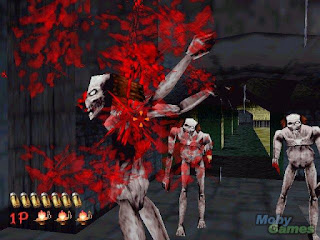 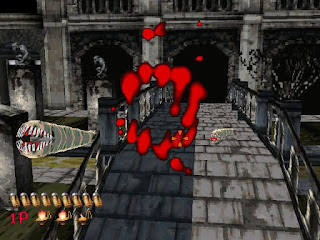