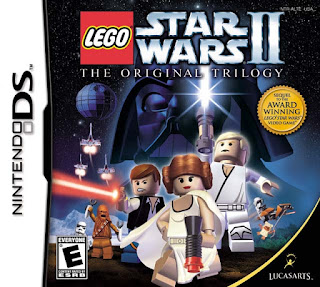 LEGO Star Wars II The Original Trilogy NDS apk android for DraStic free download working on mobile and pc,Nintendo DS Emulator The Empire strikes back in this sequel to the endearing Star Wars game made all of LEGOs. LEGO Star Wars II follows the Rebel Alliance’s battle to dismantle the Galactic Empire and rebuild a galaxy in pieces. From Darth Vader’s pursuit of Princess Leia aboard her blockade runner to a showdown on the reconstructed Death Star, the game includes even more of the family-friendly LEGO action. mix and match body parts, forming the likes of “Stormbacca”, “Chew Vader” and “Leia Wan Kenobi.” This unique DS version features 2-player Story mode gaming as well as exclusive four-player Versus multiplayer mode (with DS Download features) where you fight with up to three friends to be the first to find Han Solo in Jabba’s palace, plus special DS touchscreen features, and more.Use the touch screen to swap between characters on the fly, work the Character Customizer, swap between all unlocked Characters in Free Play, and control the camera
Wireless connectivity allows for two-player co-op and an exclusive four-player versus mode, the Battle Arena. Collect 10 mini-kit pieces in each level to put together bounty hunters to fight in this environment set at Jabba’s Palace. Compete to be the first to find and capture Han Solo in carbonite. The Battle Arena mode features single-pack downloadable play for up to four users
Use the Character Customizer for Story mode by adding traditional LEGO accessories such as cowboy hats to the likes of Luke, Han and Leia. Like in the console versions, you can create even wackier custom-made characters for play in Free Play mode. 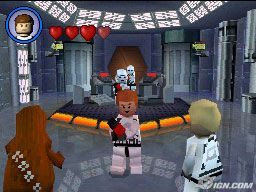 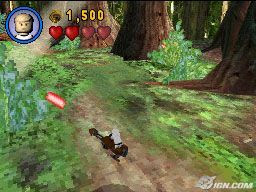 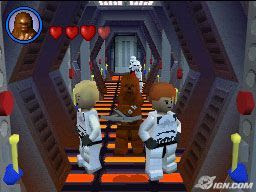