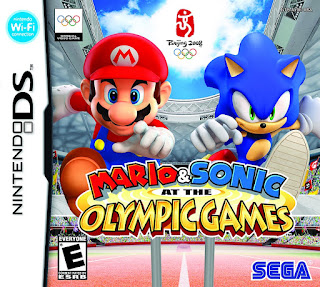 Mario & Sonic at the Olympic Games NDS apk android for DraStic free download working on mobile and pc,Nintendo DS EmulatorMarking the historic first time these two renowned stars have appeared together in a game, Mario & Sonic at the Olympic Games has players competing in events that take place in environments based on the official venues of the Beijing 2008 Olympic Games. Using a supporting cast of characters from the amazing worlds of both Mario and Sonic, gamers will be able to compete as or against a range of lovable personalities including Mario, Sonic, Luigi, Knuckles, Yoshi, Tails and more. Innovative usage of the DS control systems to maneuver a favourite character will allow players to race the likes of Mario and Sonic down the 100m track, engage in exhilarating rallies in table tennis and churn water in a swimming heat, all while competing for the much sought after gold medal.Compete in stylized Olympic venues with authentic sports and events to choose from including track & field, archery, skeet shooting, table tennis, gymnastics and more.
Select your favorite playing style from the all-star cast of Mario and Sonic characters with four player types to choose from: all-around, technical, speed, and power. For example: Mario (all-around), Peach (technical), Yoshi (speed), Bowser (power), Sonic (speed), Knuckles (power), Tails (technical), Amy (all-around).
Game Modes: Try out each event individually with Single Match mode, compete for the highest overall score in a series of events in Circuit Mode, or take on challenges created specifically for each character in the Mission Mode. DS allows up to 4 players to compete via wireless connection.
Unlock special Dream Events featuring environments, objects and power-ups from the universes of Mario and Sonic. 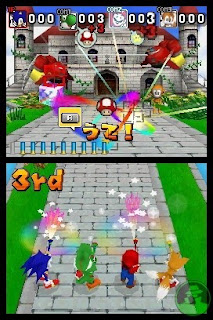 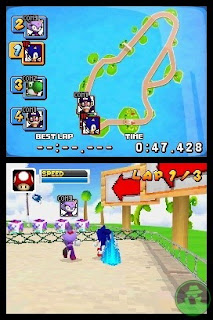 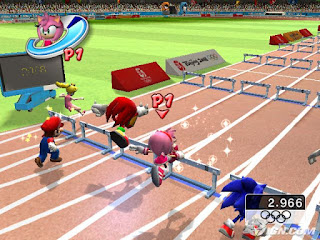