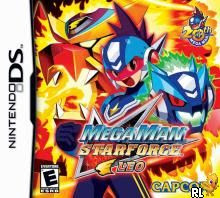 A spin-off of the Mega Man Battle Network franchise, this game brings the franchise back with similar RPG gameplay but with an all-new Mega Man character and storyline to play through. This action RPG blends exploration with fast-paced battles, as players travel between real world and virtual “Wave World.”

In Mega Man Star Force, players explore towns and interact with people in the real world while the action-packed battles take place in the virtual “Wave World.” Enemy encounters take place on a three by five grid in a 3D perspective, where players use a portfolio of Battle Cards that each have distinct attributes and attack powers. As the story progresses, players will acquire additional cards to build an arsenal that reflects their personal strategy. Players can also connect wirelessly via the Nintendo Wi-Fi connection with friends to create a Brother Band network, where they can share cards and get status upgradesThree stellar versions call upon the power of the elements – Ice Pegasus, Fire Leo and Green Dragon
Two co-existing worlds – explore the real world in human form and transform into Mega Man to maneuver the virtual “Wave World”
Cyber battles feature an immersive third person view as players engage enemies in a 3×5 battle grid
Each game version offers a unique powered-up transformation of Mega Man based on the respective elemental power and can unleash a special “Star Force Big Bang” attack
Battle Cards based on elemental attributes (fire, water, wood, electricity), each a part of a power chain where one is stronger or weaker than another
Best Combo – combine Battle Cards of the same type to unleash consecutive attacks
Dynamic Brother Band system – add up to six friends to help each other in battles, share Battle Cards, receive stat boosts and other special benefits
Each character has their own customizable Personal Page where Battle Cards and information can be viewed and traded with friends to compare progress 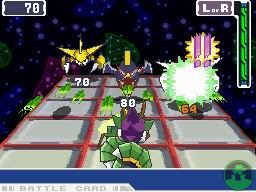 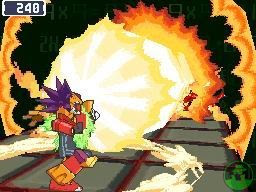 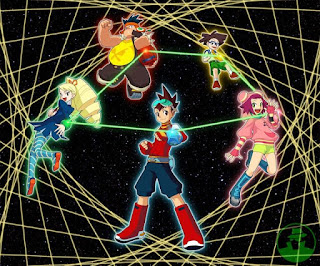