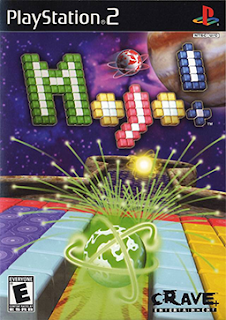 Mojo PS2 Iso free download For PCSX2 Pc and mobile Mojo apk android ppsspp,Mojo ps2 iso Sony Playstation 2,Mojo! is a 3D puzzle game played with a series of colored blocks suspended in space. Players control a ball in an attempt to smash through the blocks. All stages are timed, and players can only smash blocks of the same color, requiring them to roll to special areas to change the ball into the correct shade. Each move reduces a player’s available “Mojo,” which can only be replenished by collecting the specific number of Mojo blocks needed to advance to the next stage.

Mojo! offers more than 100 stages set within three distinct environments and includes an editor feature so players can design their own custom levels. As the game progresses, players will encounter obstacles in the form of death blocks, repulsers, and attractors that require new strategies to overcome. Some levels also feature multiple platforms connected by warps, portals, and slides. Up to four players can compete simultaneously in specially designed battle arenas as well as a variant of miniature golf that has them quickly rolling the ball toward different holes.Single player levels in three detailed environments; Obstacles and power ups such as death blocks, repulsors and attractors help to make each level unique; Battle Mode allows up to four players to square off in a variety of arena like levels specifically designed for Mojo Combat; Multiplayer only power ups such as Vampirism, Steel Ball and Shield; Bonus Mini Golf mode for one to four players; 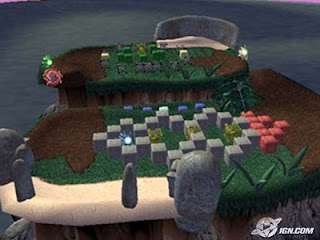