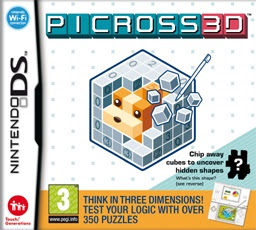 Picross 3D NDS apk android for DraStic free download working on mobile and pc,Nintendo DS EmulatorIn Picross 3D, players start with a cube and smash away smaller blocks to reveal an object, shape or symbol. Delivering more than 350 unique puzzles and more made available for download on a regular basis after launch via the Nintendo® Wi-Fi Connection service (broadband Internet access required), the game takes the mind-bending fun of Picross into the next dimension.Players start with a solid block of cubes marked with numbers on the end of each row. The numbers represent the number of blocks that will remain in that row. If the number five is marked on the end of a row of six blocks, for example, one of those blocks must be eliminated. But which one? Players must deduce the answer based on the numbers marked on other rows
Players tap a hammer to eliminate blocks they think don’t belong or use a paintbrush to mark ones they think should stay
Once all the appropriate blocks have been chipped away, a fun object will be revealed. There are more than 350 objects to discover in the game.
Picross 3D lets players create their own customized puzzles. Players can either share their creations with other Picross 3D players via a local wireless connection or use their broadband Internet connection and Nintendo Wi-Fi Connection to submit their puzzles into a monthly contest. Winners will have their puzzles featured in free weekly downloads available to all Picross 3D players
If multiple people want to play Picross 3D, game owners can also send a sample puzzle to others via DS Download Play without the need of a second game card 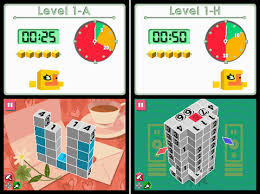 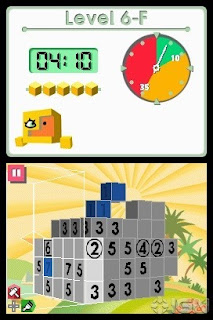 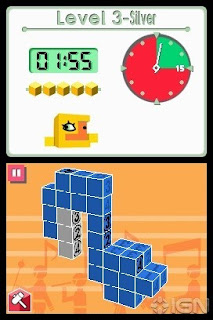