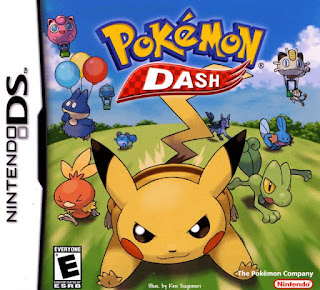 Pokemon Dash NDS apk android for DraStic free download working on mobile and pc,Nintendo DS EmulatorPokemon racing game for Nintendo DS. Players race against other Pokemon, pushing the character along by using the stylus to shove the character in the direction that the stylus is slid. The faster the player moves the stylus, the faster the character moves on-screen. The game makes use of both DS screens, with the racing action taking place on the touch panel screen and the top screen displaying a radar. In order to make it to the finish line before the competition, players constantly have to change direction as the path curves around the world. Tracks cut across forests, mud, and water, slowing the character down and requiring players to move the stylus across the screen more quickly in order to get through the hazards. The winner of a race is determined by which player gets to the checkpoints fastest. Players must pay attention to their radar and make sure Pikachu beats all the other Pokemon to the checkpoints.Race through 25 courses (all with different difficulty levels and Cups) using your stylus in order to keep Pikachu™ on a direct course to the finish line.
Race in single mode or play wirelessly with up to six friends (other players also must have a Pokémon Dash game card).
Use Pokémon Ruby, Pokémon Sapphire, Pokémon Emerald, Pokémon FireRed and Pokémon LeafGreen in order to create new courses (adding more than 380 courses to the game). Each new course takes on the shape of the imported Pokémon. 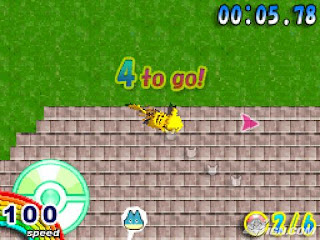 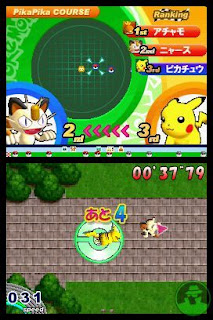 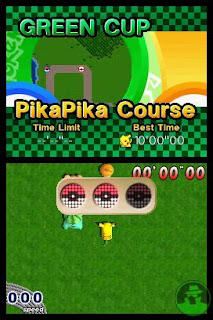