Pokemon Snap is a video game that was released for the Nintendo 64 console in 1999. The game is a spin-off of the popular Pokemon franchise and is a first-person rail shooter. The player takes on the role of a photographer named Todd Snap who is tasked with capturing photographs of various Pokemon in their natural habitats. The player uses the Nintendo 64 controller to move the camera around and take pictures of the different Pokemon they encounter. The game features various levels set in different environments such as jungles, caves, and beaches. Players can also interact with the environment to make the Pokemon perform different actions, such as using apples to lure them closer. The game received generally positive reviews from critics and was praised for its unique gameplay and use of the Pokemon license. 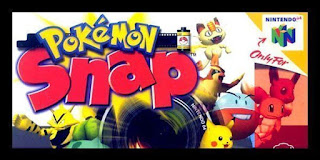