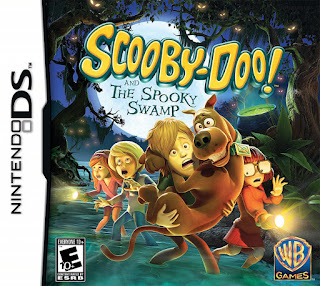 Scooby Doo And the Spooky Swamp NDS apk android for DraStic free download working on mobile and pc,Nintendo DS EmulatorScooby Dooby Doo! Our favorite canine mystery crusader is back in action with Scooby-Doo! and the Spooky Swamp. Scooby-Doo, Shaggy, Daphne, Velma and Fred are on an all-new adventure to uncover the mystery behind a strange swamp girl and her peculiar cauldron of brew. Players can jump in as any of the Mystery, Inc. characters (including Scooby-Doo) at any time to travel beyond the swamp and into other haunted locales, such as the snow covered Alpine village or the Southwestern ghost town, to uncover more clues and solve the mystery of the strange brew.Play as any of the Mystery Inc. characters anywhere in the game with drop‐in/drop‐out co‐operative gameplay. Enhanced Puzzle Play: brain‐teasing puzzles test kids’ mystery solving skills.
Use cool gadgets and tools to help solve mysteries, uncover collectibles and help in investigation.
Collect Scooby Snacks to buy fun costume pieces and create customised looks with unique accessories and clothing items.
Use the Wii Remote or DS stylus to piece together clues, puzzles, and decipher secret messages.
Venture, explore and investigate three huge new open worlds such as a spooky swamp, an Alpine village and a South‐western ghost town. 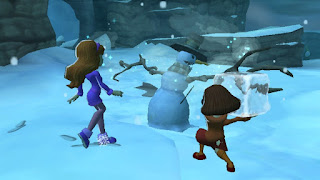 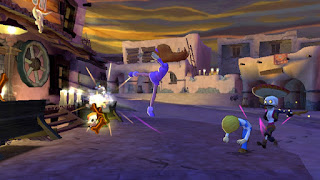 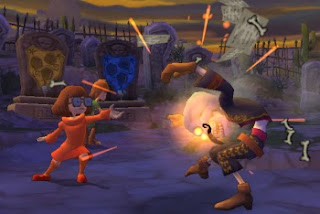