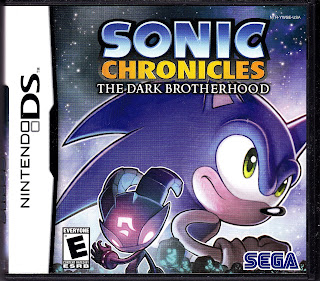 Exclusively for the Nintendo DS, Sonic Chronicles mixes a rich story, hand-painted visuals, fast-paced team combat, and wireless collectible trading into a uniquely compelling adventure. Players will customize their party and characters, choosing from Sonic, Tails, Amy Rose, Knuckles,Shadow, Rouge, and more, and prepare to defeat a menacing new enemy. Rhythmically tapping anddragging with the stylus in Sonic-style battles, players can level up and use Rings to buy new specialattacks as they progress through 20 different and beautifully hand-drawn areas including new andclassic Sonic locales. With an engaging storyline, lightning fast attacks, high production values, and impeccable visuals, Sonic Chronicles allows gamers to experience Sonic in a whole new way.Lightning-fast Combo Moves: It wouldn’t be a Sonic game without speed and combo moves and precisely-timed cursor control accelerate the 4-character team gameplay Unique character Combo moves bring exciting variety and strategy to battles
New Party System Gameplay: Sonic Chronicles introduces the party system for diverse team tactics using each of the 11 playable character’s unique and customizable skills and powers
Over 20 Areas to Explore: Players will venture to new and classic Sonic environments while solving puzzles and dodging obstacles. Just as in combat, some challenges will require teamwork to solve
Online Trading and Collecting: Collect several types of artificial Chao lifeforms, each with varying power-ups and abilities that help in combat and elsewhere. Players can exchange their Chao with friends via local wireless play
Epic Storyline Unfolds over Two Acts: Sonic and friends must use teamwork and strategy to uncover and defeat the mysterious menace that is destroying their world. Along with a storyline filled with twists and turns, new characters add to the excitement
New Story So Far Feature: Players get a quick recap when they return to play to remind them of where they left off in the story 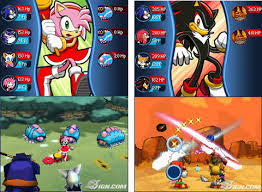 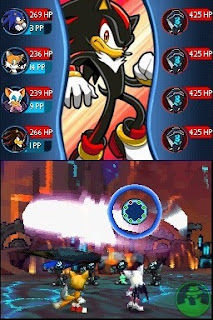 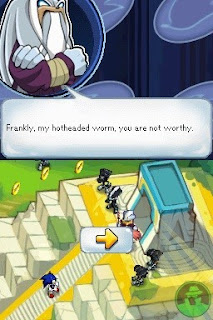