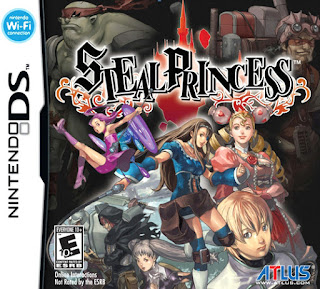 Steal Princess NDS apk android for DraStic free download working on mobile and pc,Nintendo DS Emulator While exploring the thought-to-be-long-abandoned palace of the Ancient Demon King, the young thief Anise stumbles upon a startling discovery: the palace isn’t abandoned at all, and it’s crawling with demons, no less! Equally startling is the deadly booby trap she triggers in the process of opening a locked door. She barely outruns the giant boulder bearing down on her, escaping the palace only to fall into a surging river, unconscious.

The fairy Kukri, imprisoned for centuries in the chamber Anise inadvertently unlocked, rescues her and takes her to the Castle of Albyon. Anise awakens in the presence of the King, whose son is being held by demons in the very palace Anise narrowly escaped from. Recent events have unshakably convinced the King that this thief is descended from the Legendary Hero of Albyon, he who slew the Ancient Demon King centuries ago, and so he commands her thusly: free the Prince from the vile demons… or be tried and convicted as a thief and locked away for life. Not much of a choice, one way or the other…

Over 150 levels of increasing complexity push your central processing unit (i.e., your brain) to its limits. When you’ve completed the stages provided, wipe your well-earned tears of joy away and jump into the powerful level creator to design your own devilishly tough maps, placing enemies, constructing moving platforms, and even setting custom victory conditions.3-D puzzle platformer – Dive into a playing field of simple design, but deceptively complex challenge, that combines action elements with puzzle-solving skills on a 3-D, isometric plane. Jump, swing, climb, and attack as you search for the key to complete each level
Over 150 levels to beat – Levels spanning different geographies and requiring different strategies deliver on the promise of true breadth. Play them again to beat your best times, earn higher rankings, earn better endings, and collect more gems to unlock items
Create and trade custom levels – A robust custom map maker lets you construct levels with any enemies, items, and victory conditions you want. Trade maps with other players over Nintendo Wi-Fi Connection and local wireless for a never ending challenge 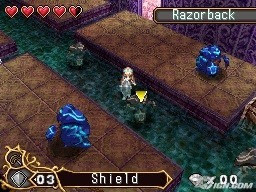 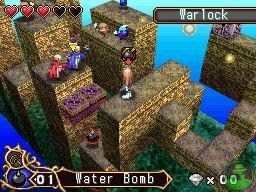 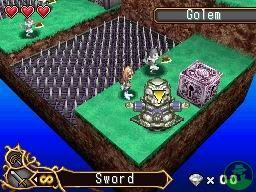