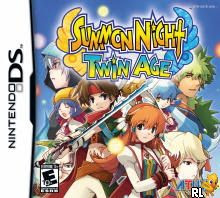 Summon Night Twin Age NDS apk android for DraStic free download working on mobile and pc,Nintendo DS EmulatorIn this fully stylus-driven action RPG set in the popular Summon Night universe, your DS is the key to the world of Clardona, whether as your swinging sword or your shimmering wall of fire. From a very young age, the human girl Reiha displayed great aptitude for the magical art of Summoning. While still a child, her powers caused a terrible accident during a major Summoning experiment. It was reported that Reiha had died as result, but she survived, along with a young Summon Beast named Aldo that had been pulled into her world…

Following the accident, the two children grew up together as brother and sister on the tropical island of Jarazi, among a race of people with beast-like features. There they learned to commune with the Nature Spirits that surrounded them. One day, the Spirits began acting strangely, prompting Reiha and Aldo to investigate. Their quest to find out who or what is behind the corruption of the Spirits will lead them back to the human lands where the cataclysm first brought them together…Unleash the power of your Nintendo DS as you wield your stylus to attack foes, heal allies, and use items. Navigate your way around menus and maps with a responsive touch-based interface
Immerse yourself in a gaming experience that lets you do battle, collect items, craft weapons, earn and improve skills, conjure beasts, build relationships with party members, trade items via local wireless, and much more
With alternate story paths, loads of battle options, side quests, and multiple ending sequences, there is a wide variety of ways to play
Two playable characters and several widely varying party members provide different views of your journey through the world of Summon Night 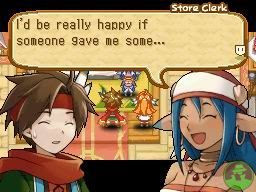 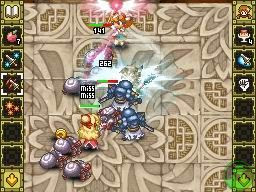 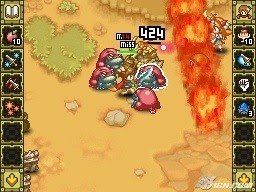