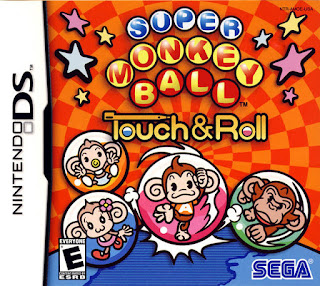 Super Monkey Ball Touch & Roll NDS apk android for DraStic free download working on mobile and pc,Nintendo DS Emulator Monkey Ball DS features the same basic gameplay idea as its predecessors, although a shift in control to the stylus ought to make for a different feel. The top screen displays the action in 3D. The bottom screen shows a 2D version of your monkey ball with AiAi inside. To move on the top screen, you scratch the monkey ball with the stylus. The game offers over 100 stages, some pulled from previous entries and some new. In addition, play six party games, of which two will be playable by up to four players– in a hockey-style party game, you draw lines with the stylus in order to deflect a puck, while the racing party game is a fast-paced racer with the top screen showing a map of the track.Whether you’re rolling through the 120 stages in challenge mode, getting up to speed in practice mode, or reviewing your glory in replay mode, you’re sure to have a ball; all new Monkey Wars and Monkey Air Hockey join the roster of Super Monkey Ball favorites: Monkey Race, Monkey Fight, Monkey Bowling, and Monkey Golf; all party games support up to four players and allow you to play as either a boss or a normal player. If your friends don’t own a copy of the game, use DS download to play Monkey Wars and Monkey Air Hockey; by simply touching your stylus to the screen, you’re rolling. This makes it easy for both new and familiar fans of the series to get in the game. 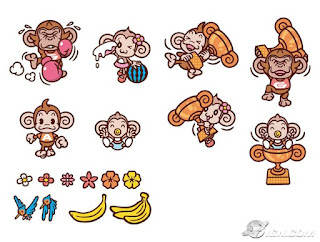 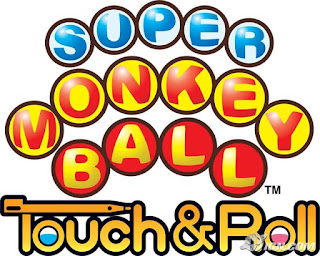