Tetris DS NDS apk android for DraStic free download working on mobile and pc,Nintendo DS EmulatorA new portable edition of the world’s most renown puzzle game. Each of the DS version’s six modes of play features a theme based on a classic Nintendo game, such as Super Mario Bros., The Legend of Zelda or Metroid. The traditional Tetriminos (falling blocks) and line-clearing strategy remain the staples of the game, but the touch screen adds a new element of interactivity. Some modes give players special Tetris puzzles to solve. Others feature head-to-head action between two players, or massive wireless battles between 10 DS users (even if only one player has a game card). Players also can log onto Nintendo Wi-Fi Connection to compete in two- or four-player battles. Tetris DS even includes a point-based rating system based on players’ battle results. Opponents can see one another’s ratings, which indicate their skill levels.Every mode in Tetris DS features a theme based on a famous Nintendo character
Up to 10 players can clash using DS Download Play to form a Tetris DS match of massive proportions, all with just one game card
There are tons of ways to play: Players whip out their styluses and clear a towering pile of Tetriminos in Touch mode, or clear line after line to pummel opponents in Push mode
Using Nintendo Wi-Fi Connection, up to four players can compete in wireless two- or four-player battles against friends or strangers, near or far
Six game modes to choose from 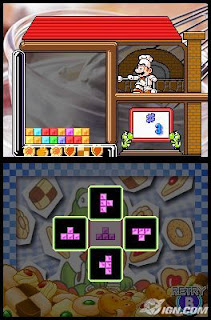 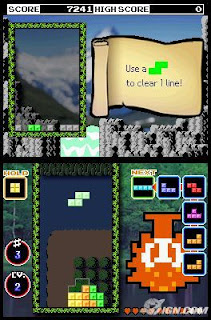 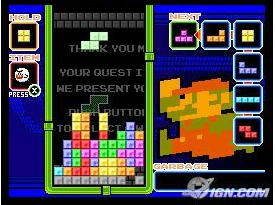