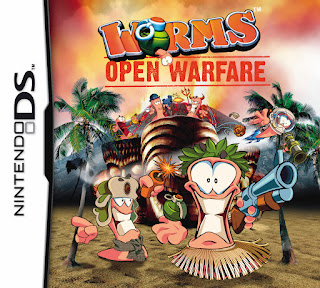 Worms Open Warfare NDS apk android for DraStic free download working on mobile and pc,Nintendo DS EmulatorA portable edition of the long-running strategy game from Team17, allowing players to command war with those wily worms anywhere they go. In Worms: Open Warfare, players command an army of worms into battle against others, and try to take them out by employing an array of lethal and quirky weaponry. The game features traditional weapons, such as grenades, pistols and rocket launchers, as well as non-traditional arms and gadgets including a sheep launcher. Each worm has health points, and by successfully using weapons players can take out the individual worm threat by whittling down their heath. Watch out, though – these worms are pushovers, and if an innocent worm gets in the way of a defeated worm, they could potentially take damage from the impending explosion a worm gets in with his dying breath. The game supports hot potato and wireless link multiplay for up to four (using one cartridge).The unique “Two-and-a-half dimensional environments” of the PSP means that the player has all the attractiveness of 3D environments, but without complex camera mechanics or the problems of locating enemies.
A full overhaul of the balancing of weapons and AI engines
Streamlined menu system and play modes, tailored especially to suit the needs of mobile gamers, including the addition of mid-mission saves so that that gamers on the move needn’t lose the progress they’ve made in either single or multiplayer games.
Multiplayer mode allowing up to four players using one unit (hot seat).
Multiplayer mode via WiFi technology allowing connection of 4 units.
A huge collection of favourite Worms weapons.
5 all-new graphical themes, with randomly generated landscapes. 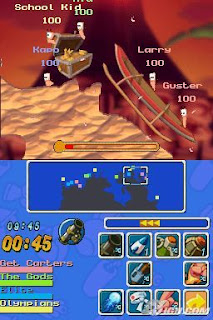 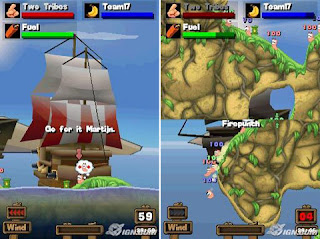 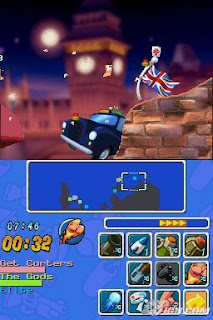