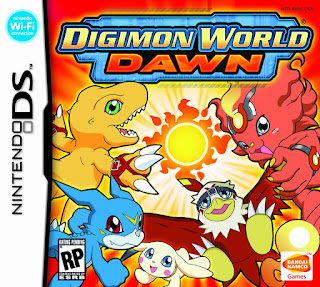 Digimon World Dawn NDS apk android for DraStic free download working on mobile and pc,Nintendo DS EmulatorA huge earthquake has stricken the Sunshine and Dark Moon districts, damaging the access points to the Digital World and causing many Digimon to mysteriously devolve into Digi-Eggs. In Dawn, rumors have spread that the Night Crow Team, from Dark Moon, was responsible for the incident. However, a conflicting report surfaces in Dusk claiming the responsibility falls on the Light Fang team from the Sunshine district. With both sides accusing the other, players will take the role of an opposing tamer to investigate and uncover the truth behind the dangerous tremors.As players travel throughout the land, collect, tame, train, and evolve over 400 Digimon from 8 different species. Each game contains some unique and rare Digimon that can only be obtained through wireless communication with the other version of the game
Digimon World: Dawn contains a new world map, which always shows where players have been and their current location. The maps also show info on each dungeon, including what items and Digimon are available
Raise, train, and evolve new Digimon. Different farms and goods help a Digimon learn new abilities and can boost their stats
With intense 3-on 5 turn-based battles, manage the location of your Digimon to gain an edge over enemies
Take your Digimon and battle over a Nintendo Wi-Fi connection. The winner of Wi-Fi battles obtains Tamer points which can be used to obtain unique items. Rare Digimon can also be acquired by Digi-matching through a Wi-Fi connection 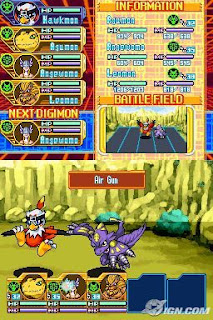