Dragon Ball Z: Budokai 3, released as Dragon Ball Z 3 (ドラゴンボールZ3, Doragon Bōru Zetto Surī) in Japan, is a fighting game developed by Dimps and published by Atari for the PlayStation 2. It was released on November 16, 2004, in North America in both a standard and Limited Edition release, the latter of which included a DVD featuring a behind the scenes looks at the game’s development. In Europe, it was released on November 19, 2004.

The game’s story mode yet again plays through the story of Z, but this time, the game includes several characters outside the main story, which include Bardock, Cooler, Broly and Gogeta from the DBZ films, Omega Shenron and the Super Saiyan 4 transformations from Dragon Ball GT, and Kid Goku and Demon King Piccolo (only a skin for Piccolo, which is unlockable in some versions of the game) from the original Dragon Ball. Players fly around a map of Earth and Namek, which changes depending on the Saga. Story Mode was originally intended to have storylines for every playable character in the game as proven by audio logs, but were cut down to just eleven characters, likely due to time constraints. Other features the game includes are a versus mode, an items shop, a tournament, and a battle ranking stage where the player has to challenge the AI in a hundred fighter challenge. Moving a spot above after beating who ever is next in the ranking. The fighting mechanics have also been enhanced from the preceding 2 games making the game closer to its anime counterpart in terms of combat (which was well received by fans of the series and gamers alike). Budokai 3 has a roster of 42 playable characters in recent releases of the game.

The game was released in Japan by Bandai on February 10, 2005. Like Budokai 2 before it, the Japanese version of Budokai 3 added several costumes not present in the North American and European versions. The North American Greatest Hits version of Budokai 3 adds these costumes, as well as the option to switch the audio to Japanese for the first time in North America. This version was also released in Europe as a re-release of the game under the title Dragon Ball Z: Budokai 3 – Collector’s Edition. From this release onwards, all Dragon Ball Z games in North America and Europe were released with dual voice language options in English and Japanese in order to please all fans. as well as some graphical tweaks. 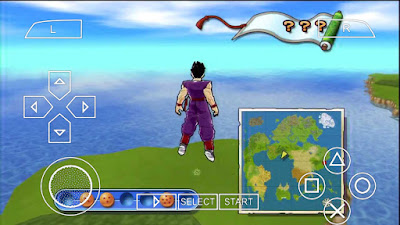 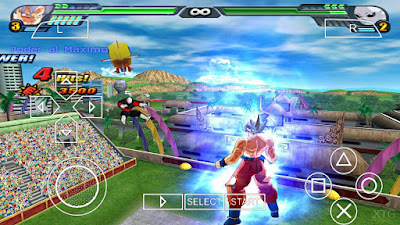