The Legend of Zelda: Twilight Princess is a 2006 action-adventure game developed and published by Nintendo for the GameCube and Wii home video game consoles. Originally planned for release exclusively on the GameCube in November 2005, Twilight Princess was delayed by Nintendo to allow its developers to refine the game, add more content, and port it to the Wii. The Wii version was a launch game in North America in November 2006, and in Japan, Europe, and Australia the following month. The GameCube version also released in December 2006 as the final first-party game for the console.

The story focuses on series protagonist Link, who tries to prevent Hyrule from being engulfed by a corrupted parallel dimension known as the Twilight Realm. To do so, he takes the form of both a Hylian and a wolf, and he is assisted by a mysterious creature named Midna. The game takes place over a century after Ocarina of Time and Majora’s Mask and before Four Swords Adventures, in an alternate timeline from The Wind Waker. 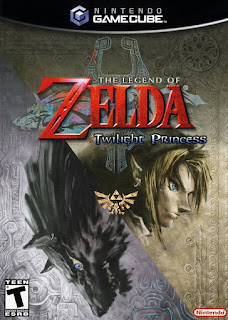