Prince of Persia Warrior Within PS2 The Old Man said to the Prince, “Your fate has been written. You will die.” Enter the dark underworld of Prince of Persia: Warrior Within, the sword-slashing sequel to the critically acclaimed Prince of Persia: The Sands of Time. Hunted by Dahaka, an immortal incarnation of Fate seeking divine retribution, the Prince embarks upon a path of both carnage and mystery to defy his preordained death. His journey leads to the infernal core of a cursed island stronghold harboring mankind’s greatest fears. Only through grim resolve, bitter defiance and the mastery of deadly new combat arts can the Prince rise to a new level of warriorship — and emerge from this ultimate trial with his life.The Game of the Year returns: Prince of Persia 2 is the highly anticipated sequel to the universally acclaimed Prince of Persia: The Sands of Time, the undisputed Console Game of the Year for 2003.
A warrior reborn: The Prince has matured immeasurably since his courageous fight in Prince of Persia: The Sands of Time. He returns here with deadlier skills, a darker heart, and a craving for battle.
Free-form fighting system: An intricate new combat system lets you wage battles with no boundaries. Manipulate the environment and the enemies themselves to develop your own unique fighting style. Plus, an all-new projectile attack system allows for a variety of ranged combat tactics.
A violent underworld revealed: Explore and conquer a cursed island underworld, breeding ground for the most brutal, unrelenting monsters to torment mankind.
Control the ravages of time: Ravage enemies with the devastating new combative powers of the Sands of Time, opening up astounding variations in fighting gameplay.
Fight harder, play longer: Hours upon hours of action await in your fight for survival, including various bonus incentives for those who finish the game.

Prince of Persia Warrior Within iso 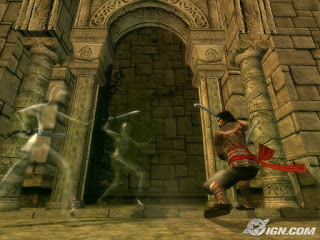 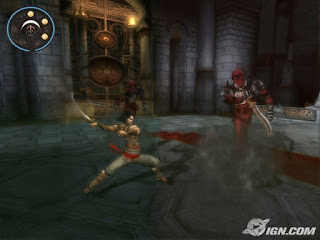 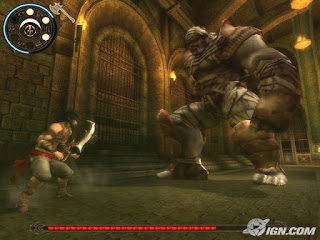