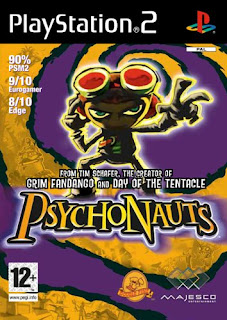 Psychonauts PS2 Iso free download For PCSX2 Pc and mobile ,Psychonauts apk android ppsspp,Psychonauts ps2 iso Sony Playstation 2,A surreal action/adventure that stars a powerful young psychic cadet known as Raz, Psychonauts follows an interesting story: while working on his levitation merit badge, Raz discovers that someone is kidnapping psychic children and stealing their brains. In order to foil this evil plot and earn the title of Psychonaut, Raz must project himself into the minds of one bizarre character after another to battle their nightmares and mental demons. He does all this while continuing to earn psychic merit badges for Telekinesis, Clairvoyance, Pyrokinesis and more. Players run, bounce, float, climb, swing and sneak while defeating monsters, lunatics and demons with the Psi-Blast, a mental burst of energy that will banish nightmares.Embark on a third person psychic odyssey through thirteen incredibly unique levels three set in the real world, and ten set inside the mental worlds of misfits, monsters and madmen; rise up in rank as you collect figments of other people’s imaginations, sort their emotional baggage, clear out their mental cobwebs, and crack open their memory vaults; complete special training missions to learn the power of levitation and the ability to focus raz’ mental energy into a powerful psi blast; rank up to earn more psychic powers such as telekinesis, pyrokinesis, clairvoyance, and confusion; put your thoughts to use raz can grab the thought bubble over his head and pull it down around himself as a shield, hang from it like a hot air balloon, or jump on top of it and ride it around like a skateboard; interact with a multitude of dynamic environmental features, such as tightropes, trapezes, ladders, poles, ledges, trampolines, climbing walls and rail slides; non-linear gameplay with incredible depth offers players multiple paths and sub-challenges so there is always a goal to accomplish; immersive story injected with lots of humor features vivid characters and a range of unique and wildly imaginative environments; challenging puzzles span a range of difficulty, with alternate solutions that self-tailor themselves to the player’s own strengths and abilities; created by tim schafer, the visionary designer of award winning titles including grim fandango and full throttle 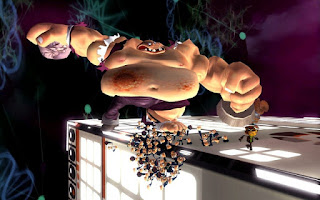 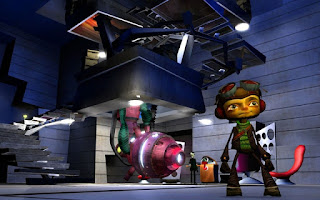 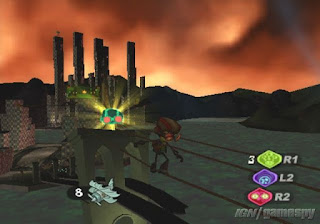