Originally an exclusive for the Xbox, Top Spin seeks to bring home the complete tennis experience. The game takes 16 of the top professional tennis players in the world including Maria Sharapova, Roger Federer, Venus Williams and Carlos Moya and puts them in gamers’ hands. Players work their way up from an unranked amateur with no skills, to a top ranked player in the world with huge endorsement deals. Top Spin further pushes the edge of competition as the only PlayStation 2 tennis game playable online.Accessible gameplay makes it easy for beginners to pick-up and play, while also providing veteran players with more in depth controls.

Just as in real tennis, Top Spin challenges players of all levels to take risks and attempt difficult shots to get “in the zone”. If your Zone Meter timing is successful, you can use that momentum to improve your play; with the only online tennis game available for the PS2, you are able to challenge other tennis players around the nation. Matchmaking, sponsored tournaments, seedings, and player ladders are all available online; Top Spin lets you execute a variety of shots during match play including slices, drops, lobs, backhands, and several trick shots including behind the back and between the legs; Top Spin delivers the best graphics ever seen on a PS2 tennis game. Everything including the players, stadiums, crowds, and courts are delivered in silky smooth animations; Top Spin allows you to play on a variety of surfaces clay, grass, and hard court. Each surface affects player movements and ball physics differently. Players will have to choose on which surfaces they want to master their play. 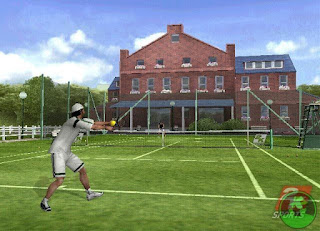 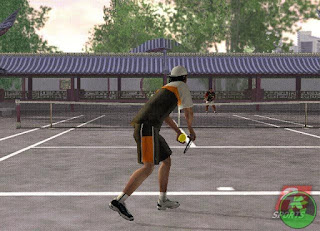 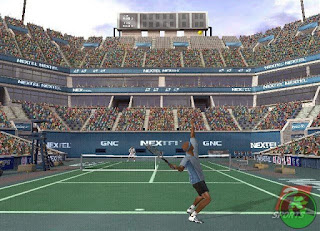