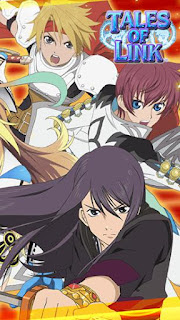 This app is an role playing game which contains both whole new story of successive “Tales of” characters and a speedy, exhilarating and nouvelle battle system.
***
It is a story about a savior whose journey to cleanse the disaster which suddenly fell from the Heavenly world to the land.
-“Monster from seed of ruins,” “Savior with the power of stonecantation,” “The insurgency”-
Gather the threads of successive “Tales of” characters, a superb adventure is attractively and lively described with voices of famous voice actors such as Shiori Mikami, Ai Nonaka, Aya Endo and Seiichi Morita and animated scenes.

***
For the first time, player is asked to choose 9 characters to set a party to play each battle. In this “Touch-link battle system,” link a character to character and make a team to perform exciting combos!
It’s a fantastic battle system in which a player is required to link distinct characters with various skills depending on the situation of each battle. It is fun to choose characters and also very tactical to win a battle. Once a player set a team to attack, mini-sized characters show exciting and speedy attack toward enemies.

Also during the battle, all characters including successive “Tales of” characters are fully voiced. This is a RPG which is fun to see action of mini-sized characters, to listen to the voices of characters and to play the battle. 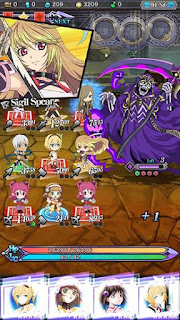 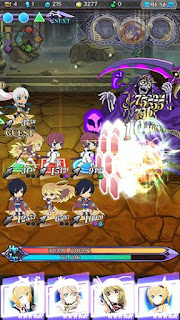 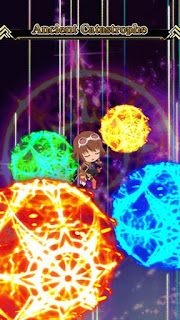