Shadow Assassins allows players to take control of both Rikimaru and Ayame. The camera is an over-the-shoulder point of view. All of the 10 missions are ground-based. There are no healthbars in this game except sword fight parts. Players will play the first five stages and the last one using Rikimaru and stages six to nine as Ayame. There are also 50 side missions called “Assignments”.

Ayame is faster but weaker, making it harder for her to hide bodies. According to FromSoftware, their stages are also completely different; Rikimaru’s are more straightforward, while Ayame’s are “a little trickier, she can use the environment more.” There are about 10 multi-purpose items in the game; for example, a cat can be used as distraction as well as a scout.

On Wii, players use the analog stick on the Wii Remote’s Nunchuck accessory to move, A button for actions, holding B button while moving forward to run or while moving sideways to strafe, and the C button for jumping (a long jump can be performed while running). The Wii Remote is also used for first-person perspective sword fighting.

The gameplay of the PlayStation Portable version is generally the same. However, its controls have been altered to fit the handheld’s functionality, thus removing the motion controls; however, some similar controls have been retained, such as moving the analog stick to move forward, and pressing the D-pad to choose between the player’s items. The controls for doing a stealth kill has been slightly changed; the player now has to press the face buttons of the PSP console to trigger it and moving the analog stick. 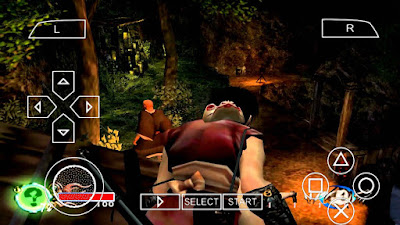 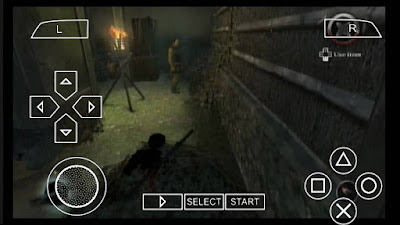