TimeSplitters Future Perfect PPSSPP ISO Download In TimeSplitters: Future Perfect, humanity is on the brink of destruction. Cortez, the tough-as-nails hero from previous installments, finds himself in a race against time to trace the origin of the TimeSplitters. With the help of some familiar faces Cortez must chase a mystery foe across different time periods such as the1920s, 1960s, 1990s, and the near and distant future. The ability to travel back will sometimes cause paradoxes resulting in gamers meeting and assisting past and future versions of themselves. Players will also have the ability to correct the mistakes made in the past, or team up with past and future versions of themselves in important battles. Single-player co-op and 16-player Deathmatch are also included.Explore hundreds of hours of gameplay in a variety of modes including story, arcade, challenge, and multiplayer deathmatch, capture the flag, and co-op; blast your way through time with dozens of weapons and gadgets like gravity guns and rocket launchers, or take control of land vehicles such as trucks, tanks, and cars all equipped with their own firepower; innovative meet yourself time travel gameplay lets you team up with your past or future self and be your own ally; engage in 16-player death matches or co-op play online; a revamped mapmaking interface allows you to create maps with greater ease then try them out in online skirmishes; unlock new characters, weapons, and maps at the end of each level and play them all in multiple game modes; lifelike environments, spectacular special effects, high-quality animated cut scenes, an improved physics engine, and a smarter enemy ai add up to the ultimate first-person shooter experience. 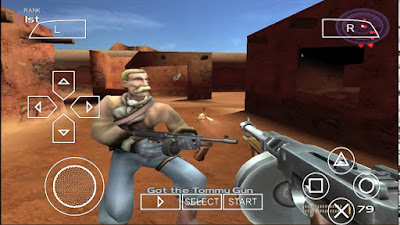 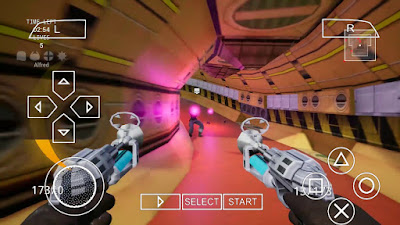