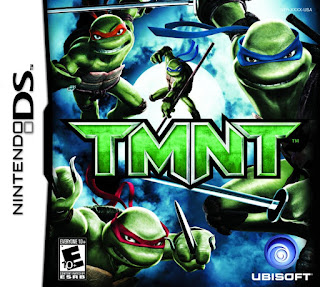 TMNT NDS apk android for DraStic free download working on mobile and pc,Nintendo DS Emulator This Teenage Mutant Ninja Turtles game is based on the CG animated movie produced by Imagi Animation Studios and based on Mirage Studios’ Foot Clan-kicking Turtle heroes. The game takes place in a New York City plagued by secretive villains and strange, otherworldly creatures. Faced with these perils, the Turtles will experience their most trying time as heroes and as a family, as Raphael, Donatello and Michelangelo lose their focus and struggle to maintain their unity and ninja discipline.Embody All Four Famous Turtles: Leonardo, Raphael, Donatello and Michelangelo are playable, each with unique acrobatic moves, weapons and combat skills, such as Michelangelo’s fast nunchuk face slap and Raphael’s powerful Sai throw
Extends the TMNT Movie Experience: The video game uses the same dark and dangerous environments and same themes in the TMNT movie. Will the Turtles be able to unite against the odds or will sibling rivalries create an unstoppable rift between the brothers? Only the player’s abilities can determine the outcome for the family
Intense Ninja Fighting: By harnessing the power of Ninjitsu, the four Turtles have become masters of combat. Leonardo shows a calm discipline when he faces his foes, attacking carefully and masterfully. Donatello’s bow staff can be used to reach distant enemies and as a pivot for him to swing himself around the arena. Michelangelo is a fast, flamboyant, energetic fighter, good for quick slashes with nearby enemies but for powerful direct attacks nothing beats the intensity of Raphael’s powerful Sai punches.
Unique Acrobatic Navigation: The Turtles jump from rooftop to rooftop, scale tall buildings, dive into sewers and race through every corner of the city to confront their enemies
Powerful Tag Team Moves: Together the Turtles can team up to reach locations unattainable alone, or use their unique individual abilities to find alternate routes and secret areas of New York City. By pairing up in combat, the Turtles can leverage their combined powers to create a multitude of devastating attacks to cripple the enemy
Diverse Enemies and Bosses: Characters from the movie and the original comic book series creep out of the shadows to face the Turtles. From the Purple Dragon Street Gang to the infamous Foot Clan, a new group of enemies lurks in the sewers. Find out what their plan is and how the Turtles can stop them 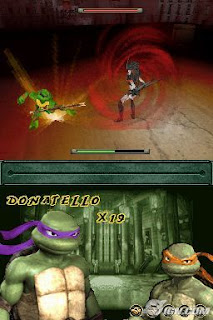 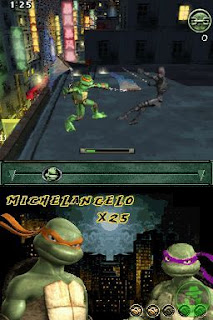 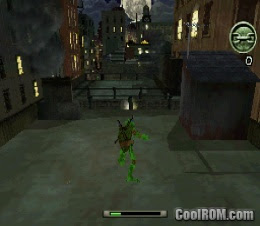