Twisted Metal Black Online PS2 ISO Download,First offered as a freebie in the United States with purchase of a PlayStation 2 Network Adapter for its initial release (and later included again for free as part of the Greatest Hits package for Twisted Metal: Black,) this online version of the hit car combat game features all of the cars and carnage of the original game across all 18 stages (including all full stages and mini-stages from the full game) of TM:B. The violent cinemas and story mode were excluded in this network-only version (partially to tone the ESRB rating down to a T), but the multiplayer modes for online play still include all four modes — deathmatch, last man standing, collector, and manhunt — and options for power relic modifiers can be turned on to twist this evil game out even more.

Online play originally was limited to only 4 players (2 over 56k), and chat functionality was not included. However, via server fixes, the player count was upped to 8 online via broadband, and a chat function via USB keyboard/on-screen input was also made unlockable when a secret code is entered on the lobby screen.Up to 8 players broadband or 2 players by modem
4 game modes deliver replay value and depth
20 playable levels from the current world of Twisted Metal: Black
15 playable vehicles made famous in the Twisted Metal: Black multi-player modes
A variety of game modifiers raises the stakes. 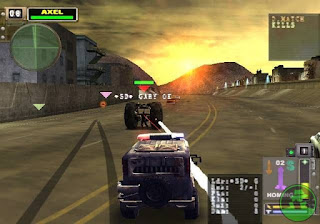 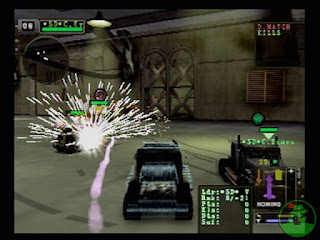 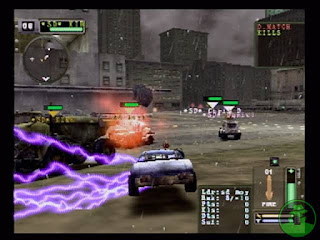