In SpongeBob’s Truth or Square, players must journey through memorable SpongeBob locations to find the missing Krabby Patty formula in time for the Krusty Krab’s Eleventy Seventh Anniversary. From the Jellyfish Fields to downtown Bikini Bottom, players run, jump, spin and hammer their way through 10 challenging levels. Each level takes players back to one of SpongeBob’s happy moments from the show, such as when he becomes a fry cook, gets into the Salty Spittoon or meets Sandy for the first time.

Equipped with special morphing abilities, players can transform SpongeBob into bizarre objects, such as the Spatula Slam, Propeller Spin and Sledgehammer Smash, to help him conquer treacherous obstacles and legions of Plankton’s robots. Players are also be able to soak up water, hose down enemies, and jump into a bubble gum fling as they navigate their way through an obstacle course of traps. In two-player co-op mode, friends are able to join in on the action and control Plankton to help SpongeBob solve puzzles, unlock new pathways and defeat super-powered creatures. 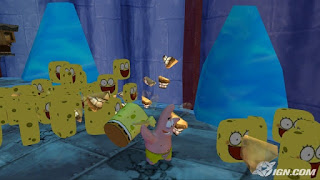 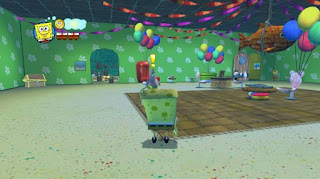 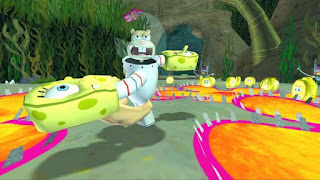